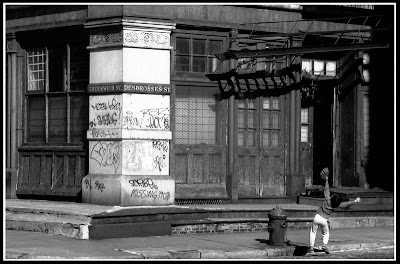 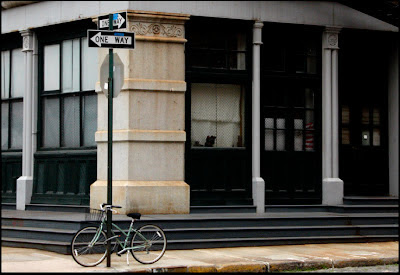 Come 2007 we find the facades replaced and the stonework cleaned. Of course, while sprucing up the building it was stripped of some of its old New York charm with the loss of the street names painted on the corner column. And of course, all the graffiti is gone. a shame, as that 'Missing 1908' really intrigued me for years.
Posted by Neil J Murphy at 7/18/2007 10:38:00 AM

My family and have lived at 22 desbrosses st since 1977. How thrilled we are to see the photo with our son (now in his 30's) playing catch against the wall. We were heartbroken when the Greenwich - Desbrosses St sign was so carelessly removed by a sandblaster. Desbrosses St was a station on the 9th Ave. El. Yes, it stopped right there. Thanks.