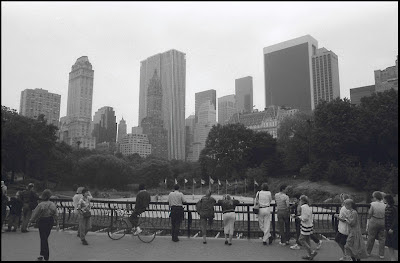 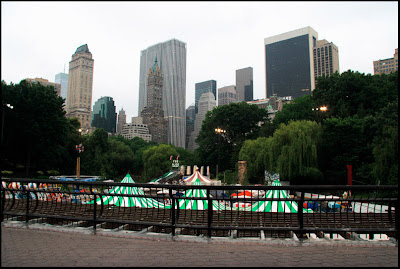 During the summers these days a carnival called Victorian Gardens operates, which explains all the striped tents. In the past, summers saw a miniature golf course and roller-skating rink. The skyline only shows minor changes: trees have grown, of course, and only a single new building has gone up a few blocks beyond and to the left of the tower at 800 Fifth Avenue.
Posted by Neil J Murphy at 7/10/2007 11:59:00 PM